According to Moonalice legend, man's best friend will most commonly be a woman. However, the tribe has always been open minded in all personal matters. It has never seen an issue in canine companionship, either as a complement or alternative to human company. The tribe has always welcomed dogs of exceptional character and extreme jowls. Given this background, it should come as no surprise that the band is distantly related to Georgia's brand new canine mascot, Uga the VIIth . . . and even more distantly related to the football mascot, Hairy Dawg. If Uga the VIIth and Hair Dawg turn around, then you compare their posteriors to a photo of me, you will see the resemblance. 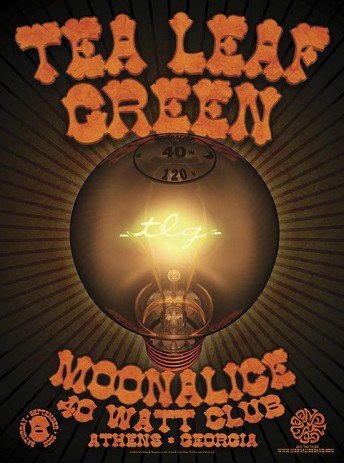