According to Moonalice legend, the tribe around Charleston eventually recovered its poise and formed a brigade under the command of Col. Buford Thudpucker Moonalice. The brigade was undersized - the tribe in those days was shorter than it is now - so they were formed as a signal corps. Their specialty was smoke signals. Col. Thudpucker's brigade inhaled deeply and puffed away. Using a tribal form of Morse Code, they kept the Army informed of enemy movements for the entire War of Northern Aggression.

Just last week, we saw a report that the Moonalice 420 Signal Brigade is still active in these parts. The brigade is now under the command of the very tall, remarkably amphibious Michael Phelps Moonalice. 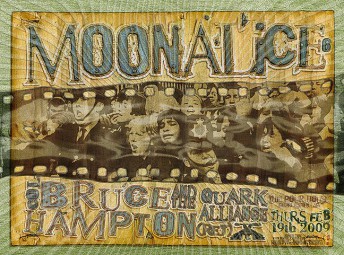