So why didn't we know about Cassandra's predictions? They went up in smoke. In classic Moonalice tradition, Cassandra's descendants used the records as rolling papers.

According to Moonalice legend, a journey of a thousand miles begins with the careful preparation of adequate supplies of hemp. 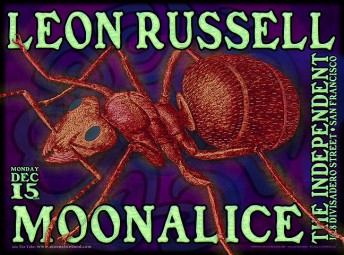