According to Moonalice legend, June 17 is Weird Shit Happens Day. In 1775, they fought the Battle of Bunker Hill, the first American example of winning by losing. In 1901, the College Board introduced its first standardized test, the predecessor to the SAT. In 1930, Herbert Hoover signed the Smoot Hawley tariff, which may have been the most economically damaging legislation in history. In 1972, the Watergate burglers were arrested. In 1994, OJ tried to sneak away in the Bronco but got arrested anyway for murdering the Mrs. Today is MC Escher's birthday, which explains a lot.

According to Moonalice legend, the tribe recently performed a password audit on those who have accounts on the Moonalice site. We discovered that one Moonalice was using the following password: "MickeyMinniePlutoHueyLouieDeweyDonaldGoofySacramento" When asked why he had such a long password, the Moonalice said he was told that his password had to be at least 8 characters long and include at least one capital. via Oldhippie Ma 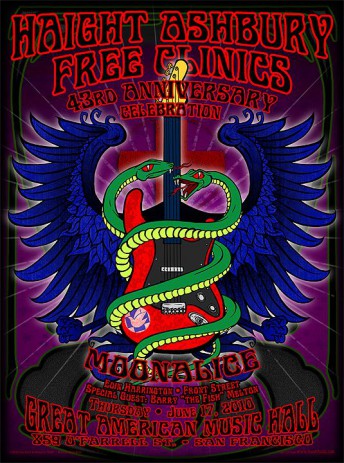