According to Moonalice legend, our experience with the river that passes the Benbow Music and Arts Festival has taken a page from the Flintstones, thanks to the presence of billions of rocks, but only a trickle of water. This time the rocks were not in evidence, drowning as they were in prodigious amounts of rapidly flowing H20. No satisfactory explanation was provided for this change, but we suspect BP is involved. 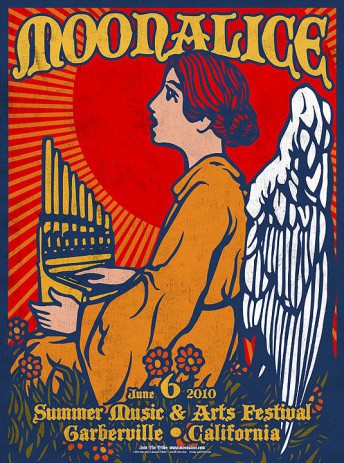