According to Moonalice legend, today is Sunday. Unfortunately, the guest of honor doesn't appear to be. Judging from the overcast, I fear the sun may be taking the afternoon off. Mayor Newsome may not feel any responsibility for this, but we're not going to let his failure to deliver sunshine prevent us from delivering music with buzz to each and everyone one of you. Happy Sunday!!

According to Moonalice legend, today is the 50th anniversary of the FDA's approval of Enovid as a pill for birth control. In honor of this great event, the tribe has decided to sponsor its own pharmaceutical research. We're want to discover a pill to cure dumb shit. Ideally, the dumb shit pill will work after the fact, but at this point we would settle for a dumb shit vaccine.

According to Moonalice legend, today is the 55th anniversary of the first time the Muppets appeared on television. The show was called Sam & Friends, and it appears that Jim Henson did not yet have the formula right. His first two Muppets were named Doobie and Roach Clip. Apparently they were about ten years ahead of their time. 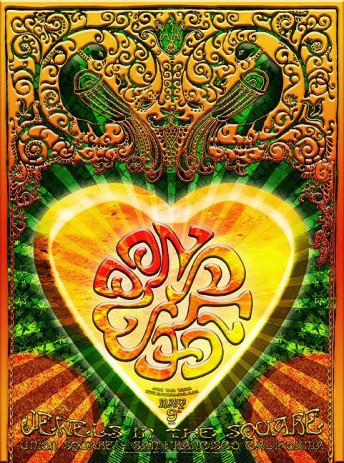