According to Moonalice legend, on this day in 1429, Joan of Arc led the charge that broke the Siege of Orleans and turned the tide in the 100 Years War. This was a big deal for several reasons. First, it's not easy to turn the tide in a war that has gone on for a century. Second, this was the first time the French - or any other Europeans - turned over the reins of command to a woman. After 100 years of boys not getting the job done, it was an obvious move. And finally, Joan took an arrow in the shoulder during the battle, but kept fighting. Let us raise our doobies and saluate the great Moonalice matriarch, Joan of Arc!!!

According to Moonalice legend, today - the first Friday in May - is No Pants Day. You can look it up. But it may not be obvious to you that we in the band are actually with the No Pants Day program. We are. These are our "No" pants, as in "no means no". If we were wearing our Yes Pants, the fly would be unzipped.

According to Moonalice legend, today is International Tuba Day. This is a day to recognize the important role of the tuba in society. This is particularly true in the Moonalice tribe, where the tuba's traditional role as a giant bong has been superceded by vaporizers. So tonight, just for old time's sake, we recommend you go home, spark up your tuba and remember the good old days. 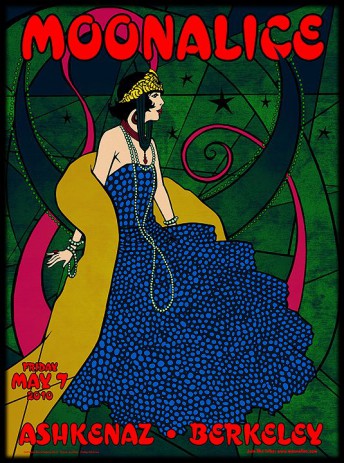