According to Moonalice legend, the aforementioned Lou Boon Moonalice had speech impediment. He sounded like a cross between Tweety Bird and Elmer Fudd. It sounded so funny that pretty soon the whole town was imitating it, especially the kids who used it confuse their parents. This folk language has a name - Boontling - which survives to this day. All you appleheads and batter listen up while I blooch in Boont. Remember, in boont beer is bahl hornin', but hemp is bahl flamin'.

According to Moonalice legend, today is the anniversary of Dr. John Pemberton's invention of a cocaine-based carbonated beverage that would one day come to be known as Coca-Cola. Like many of you, we wonder what life would be like today if Dr. Pemberton's original formula were still in use. 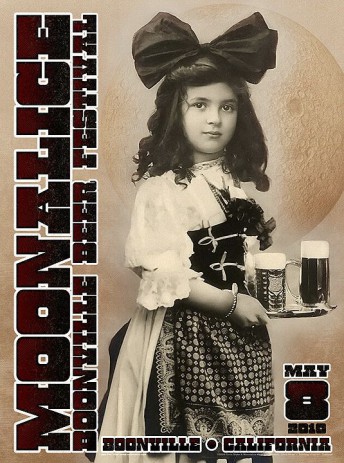