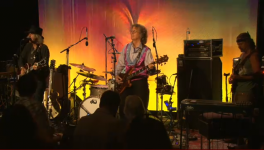 According to Moonalice legend, one of the little known historical facts about Psychedelic Sunday is that it began with a Psychedelic Sunday Prom. It was a big affair, filled with music, dance, fancy outfits and, of course, fine cannabis. That first Prom even had a Homecoming Court. As today's poster by Carolyn Ferris shows, the Homecoming King and Queen were people with great vision. What the poster doesn't show is the reason why they needed great vision. They needed a third eye to avoid the Homecoming Jester. Not only was the Jester not funny, he took every lighter he put his hands on. And worse still, he left a trail of hickies all over the Homecoming King.

Really enjoyed ourselves again. All smiles on the way home from Mill Valley. Keep up the great work. 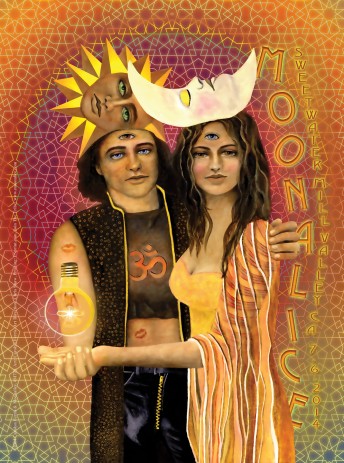