According to Moonalice legend, dancing is good. Most of the time our happy feet are one with the earth. But when the buzz gets really good, we just play and let the earth dance.

According to Moonalice legend, a man must walk down four short roads or one very long road before they call him a man. 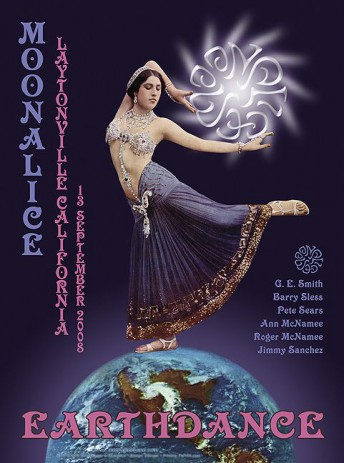