According to Moonalice legend, the 1845 coin flip that gave Portland its name only happened because of an injustice against the tribe. In the early 1800s, the first settlement in this area was known as The Clearing. Any idea how it got that name? Because the white people came in early December. What looked like a clearing was actually a fallow field. A hemp field of the local Moonalice tribe, to be precise. Imagine the surprise and chagrin of the Moonalice tribe members when planting time came around and there were white people living in their field. Bummer.

According to Moonalice legend, Salem, OR is exactly half way between the equator and the North Pole. The worst thing about it is that they are stuck there. 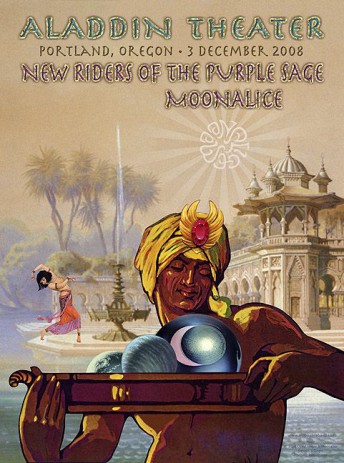