According to Moonalice legend, the first Moonalice tribes that headed south for the winter never reached Florida. They got lost in Okefenokee Swamp, which at the time was crawling with dinosaurs, snakes, and really creepy bugs. Fortunately, it was also filled with outrageous strains of hemp and some really interesting mushrooms. It took thousands of years before the tribe finally made it to Florida, but when they did they brought their hemp and mushrooms with them. The rest, as they say, is legend. 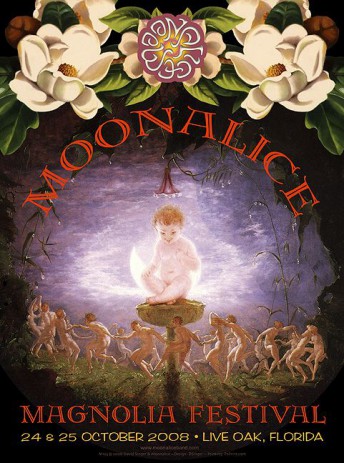