According to Moonalice legend, today, May 8, is the 123rd birthday of Coca-Cola. Pharmacist John Pemberton had been experimenting in his back room. His original plan was to make a hemp flavored beverage. Unfortunately, Mrs. P used up his entire stash in a batch of brownies, so the pharmacist was forced to use cocaine instead. The rest, as they say, is legend.

According to Moonalice legend, human chorionic gonadotropin is not approved for use in the tribe. The Moonalice tribe has no problem with Manny Ramirez enjoying some HCG - we love Manny and are exceptionally tolerant when it comes to self-medication - but as a matriarchy, the tribe prefers hemp to testosterone.

According to Moonalice legend, today is also the 132nd anniversary of the first Westminster Dog Show. What they don't tell you is that the original idea was to have the dogs vote for best owner, rather than the other way around. It was a 500-way tie. The dogs realized that 500-way ties would eventually be terrible for television ratings, so they persuaded their owners to switch the format to the one they have used for the past 132 years. 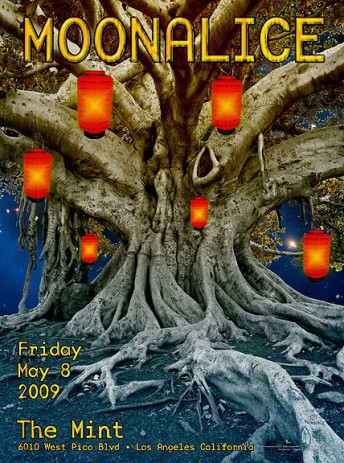