According to Moonalice legend, today is the 194th anniversary of the Battle of Waterloo. Do you know the story of the Battle of Waterloo? Wellington and Napoleon get all the headlines, but the real story relates to a lieutenant in the Wellington's Coalition Army named Throckmorton Moonalice. He was in charge of the 420 Moonalice Signal Battalion of Manitoba, a small force responsible for smoke signals. The days leading up to the decisive battle saw Wellington deploy his forces brilliantly. The 420 Signal Battalion had to smoke up a storm to keep pace with Wellington, but they performed beyond all expectation. On the morning of the battle, the entire battalion passed out with severe symptoms of smoke inhalation. They slept through the battle.

Today is Autistic Pride Day. Do what you can.

According to Moonalice legend, today is the 136th anniversary of Susan B. Anthony's conviction for trying to vote. She was fined $100. Susan B. was a bit of a broom butt, but she was also one of the great matriarchs in the Moonalice tribe. Twenty-six years ago, Sally Ride, another great Moonalice chief, became the first American woman in space. Tonight we salute the matriarchs of the Moonalice tribe. 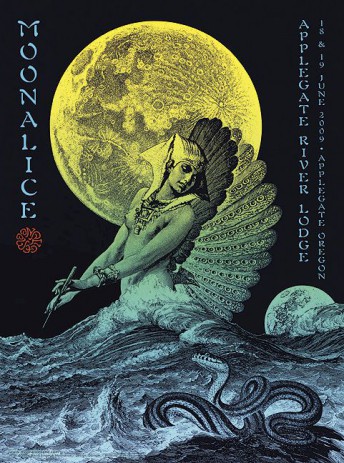