According to Moonalice legend, baseball is a tribal pastime. Like the tribe, baseball started on farms and spread from there. Baseball has four bases. Moonalice has five. Baseball has bats. Moonalice has bongs. Baseball has the best grass in sports. Moonalice herb is different, but has many good qualities. Baseball has the Yankees. Moonalice has Sullivan Hall. According to Moonalice legend, there remains some controversy about the etymology of the word "Manhattan." Some say it comes from the Lenape word for "island of many hills." Others point to the Delaware Indian words for "place where everyone got inebriated." Wikipedia claims that the Delaware version has been debunked, but our Moonlike to English dictionary says otherwise. Obviously, the editors of Wikipedia have not spent enough time in New York City to make a call on this. Start spreading the news. No matter where the name Manhattan came from, the Delaware had it right. Manhattan is inebriation at its best. We recommend you start right here, right now.

According to Moonalice legend, a lot of cool things have happened on October 16. A couple of weird things, too. 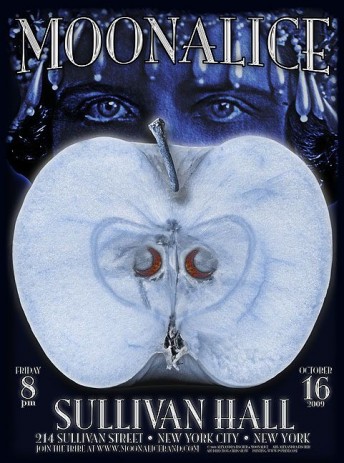