According to Moonalice legend, today is the 50th anniversary of the first discotheque. Exactly 28 years later the stock market crashed. Coincidence? We think not!!! It's also the birthday of White Cloud Moonalice! Happy Birthday, John!

According to Moonalice legend, Baltimore is the anglicized form of the Irish words for Town of the Big House. We looked around town. We saw the football stadium and the ballpark, but we didn't see any Big House. So we consulted our Moonalice to English dictionary. It turns out in Moonalice, Baltimore means "Town of the Big Crabs".

According to Moonalice legend, the French Republican calendar calls this day Tomato Day. Fortunately, the rest of the world disagrees. In Brazil, this is independence day. In Albania, it's Mother Theresa Day. In the tribe, it's 8x10 day! 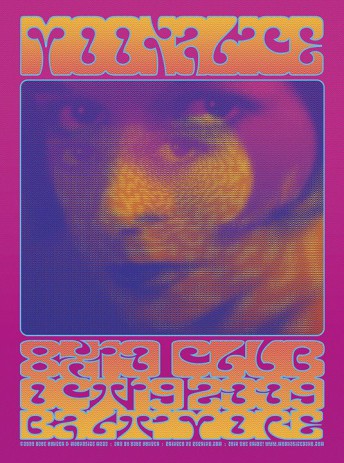