According to Moonalice legend, October 17 was a HUGE day during the American Revolution. On this day in 1777, the home team won the Battle of Saratoga. In 1781, Cornwallis surrendered at Yorktown. In addition to October 17, these events share one other common factor: both battles were catered by Moonalice 420 Barbecue. Moonalice 420 practically invented barbecue. Their popularity was due to the fact that they smoked everything: meats, poultry and hemp. Why doesn't that kind of thing happen any more?

According to Moonalice legend, October 17 is Eggplant Day. Fortunately for us, it's only celebrated in France. On a more positive note, today is the birthday of William Anders, one of the 24 astronauts who made the journey from the Earth to our tribe's home planet. Happy Birthday Bill! 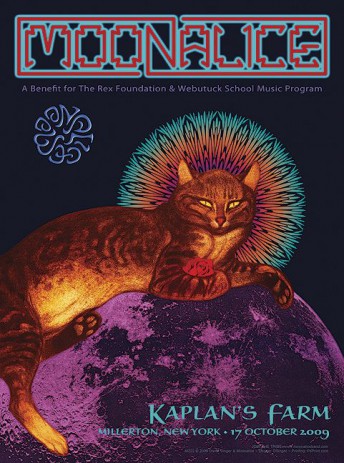