According to Moonalice legend, today is independence day in Hawaii! In 1843, both Britain and France recognized Hawaii as an independent country. Apparently, they were hoping that formal diplomatic relations would give them better access to hemp and coffee. The Hawaiians, of course, had a different idea. They drank all the coffee and smoked all the hemp until the Americans took over.

According to Moonalice legend, the press is way too excited about yesterday's Tiger Woods SUV crash. We're relieved that Tiger is okay, but we don't understand what the big deal is. First of all, who among us hasn't backed out of the driveway straight into a fire hydrant, then popped the Ol' Cadoo into Drive and rammed it straight into a neighbor's tree? Be honest! This kind of shit happens in Florida all the time. If Mrs. Woods hadn't used a driver to break the car window, no one would have given this story a second thought. The only question on our mind was whether Mrs. Woods was trying to hit the window . . . or Tiger. 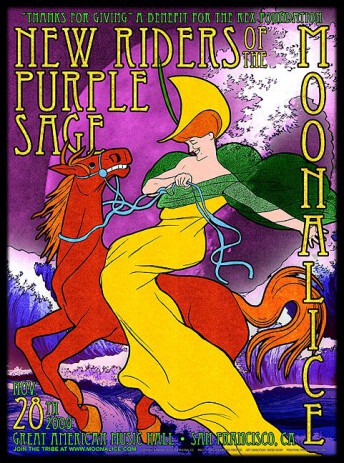