According to Moonalice legend, Viriginia Beach is famous for the first geodesic dome built in the United States. The Alan B. Shepard Civic Center is named after one of the twelve men who walked on the surface of our tribe's home planet. Apparently someone didn't appreciate the Moonalice connection, so they razed the dome in 1994.

According to Moonalice legend, today is the 42nd anniversary of the filming of Bigfoot by Patterson and Gimlin. This is the most famous Bigfoot video and we strongly recommend it to you. We also recommend the Flying Spaghetti Monster, whose noodly appendages keep us all from flying into space.

This was the 1st show without G.E., he had to fly away for a family emergency was the excuse 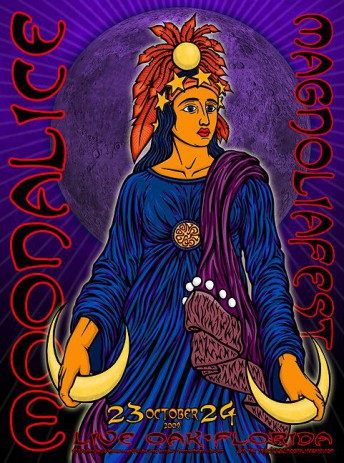