According to Moonalice legend, the Point Arena lighthouse is closer to Honolulu than any other point on the U.S mainland. We can't see it from here, but I smell something yummy that must be from Hawaii. If you are lucky, the birthers will decide Point Arena is a foreign country, just like Hawaii!

According to Moonalice legend, on this day in 1759, an Irish fellow by the name of Arthur Guinness took out a 9,000-year lease on some land in Dublin and built a brewery, which he named after himself. His original plan was to brew hemp beer, but it gave him the munchies, so he switched to stout.

According to Moonalice legend - and Wikipedia - Point Arena has way more men than women. For every 100 women, there are 110 guys. The imbalance is even greater among those 18 and under. We have no idea what this means, but the tribe salutes your social experiment. 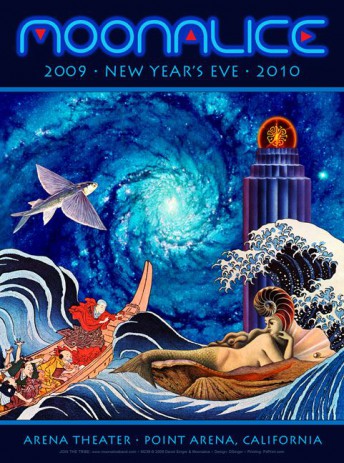