According to Moonalice legend, the Declaration of Independence was written on hemp paper provided by the Moonalice tribe. The tribe was Thomas Jefferson's preferred provider of secure hemp paper. Ever wonder why there are no rough drafts of the Declaration? The Moonalice paper was so good they smoked all the drafts.

According to Moonalice legend, today is Aphelion, when the earth is as far away from the sun as it gets. It appears that the earth and sun are co-dependent. They think they want to break up, but always get back together.

According to Moonalice legend, July 4 was not always a holiday. In 1817, July 4 was the first day of construction on the Erie Canal.

GE, Ann, Pete and Chubby played four 3-song sets in the wards before the show. Songs included Blink of an Eye, Let It Rock, Constellation Rag, Wish We Had, Kick It Open, Silver Lining, Happy Endings, and Erie Canal. 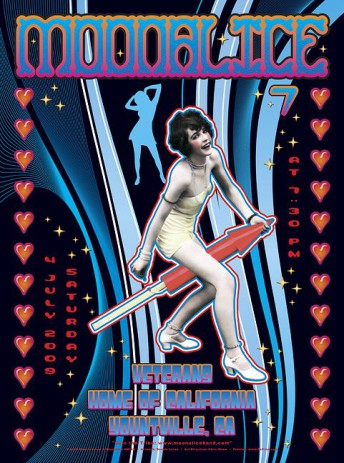