According to Moonalice legend, one of the icons of the music industry has moved on to the Happy Hemp Ground. George Fullerton was Leo Fender's partner. Leo invented the Telecaster and Stratocaster, but George was the guy who figured out how to manufacture them in volume.

According to Moonalice legend, July 9 is Ásatrú: Day of Remembrance for Unn the Deep-Minded. Unn was both an Icelandic queen and a Moonalice matriarch. She married Olaf the White King of Dublin, had a bunch of kids who played huge roles in the History of Iceland and the British Isles. But Unn's claim to fame is that she introduced hydroponics to Icelandic hemp farming in the Middle Ages . . . and then brought hemp to Scotland. 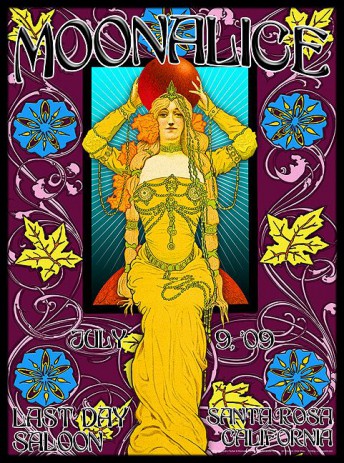