According to Moonalice legend, Redondo Beach was home to the first all women Moonalice bass orchestra in LA County. This was back in the 20s. Thirty-seven girls, each with a four-string bass, a G-string and nothing else. They were very popular until they played a gig at the Redondo Union High School and got busted by the PTA.

According to Moonalice legend, today is the 58th anniversary of the first rock 'n' roll show staged by Alan Freed in Cleveland. Forty years ago, San Francisco held the 1st Earth Day. Do you know what element was common to both events? Hemp! And tonight we are gathered here together for the first. If you need any ideas about what to share, please speak to Big Steve. 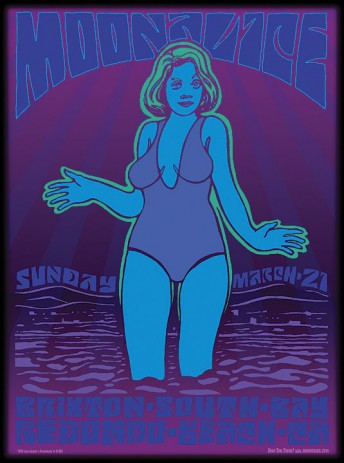