According to Moonalice legend, the second post office in the state of California was right here in Temecula. You might reasonably ask, "Hey Chubby, how come the 2nd post office in California was right here in Temecula?" And I would answer, the post office supported the mail order business of Temecula Moonalice's Coast-to-Coast Hemp Catalog, which burst onto the scene on April 22, 1859. With hemp products ranging from paper to fabric to rope to entertainment, the catalog prospered for about six hours, until 4:20 that first afternoon, when the employees consumed so much inventory that they decided that California was not ready for mail order.

According to Moonalice legend, Temecula was home to Erle Stanley Gardner, creator of Perry Mason. Gardner apparently wrote 100 Perry Mason novels here, including the never-published Case of the Mysterious Moonalice Munchies, wherein Della Street buys some special brownies at a Moonalice bake sale and shares them with Perry and Lieutenant Tragg. Alone among Mason thrillers, this one had no murders. Della, Perry, and Tragg spend the entire book driving around LA looking for a donut shop.

According to Wikipedia, on this day in 1915, astronomers took the first photo of Pluto, but did not recognize it as a planet. According to Moonalice legend, they recognized it as Mickey Mouse's dog. 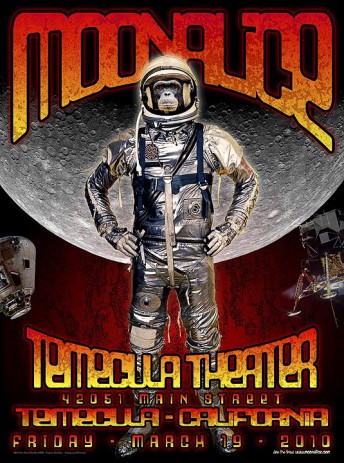