According to Moonalice legend, the completion of the Roosevelt Dam in 1911 ensured enough water that Moonalice agriculture flourished here for a generation. Then came the Marihuana Tax Act of 1937. It was a huge setback for Moonalice agriculture in the Tempe area, as Hemp was the only crop that grew in the desert in those days. Without hemp to support them, it took white people a couple generations to figure out how to grow golf courses.

According to Moonalice legend, this is National Work Zone Safety Awareness week. Before every show this week, we gather our crew, sample the local product and protect ourselves in the work zone. Like armies, the tribe needs to own the high ground. If you need guidance, just talk to Big Steve.

According to Moonalice legend, April is Confederate History Month. One governor got busted for overlooking slavery. We're going to bust them all for overlooking the role of the 420 Moonalice Signal Brigade in the War of Southern Aggression. As audiences in the former Confederacy can attest, the 420 Moonalice Signal Brigade was among the most successful brigades in the war. Specializing in smoke signs, the 420 Moonalice smoked prodigious amounts of hemp during the course of the war, saving the rebel forces at Mannassas, Fredericksburg, Macon, Savannah and Charleston, among other places. By the time they got to Appomattox, the 420 Signal Brigade was smoked out. They were totally incoherent. But did their duty to the end. 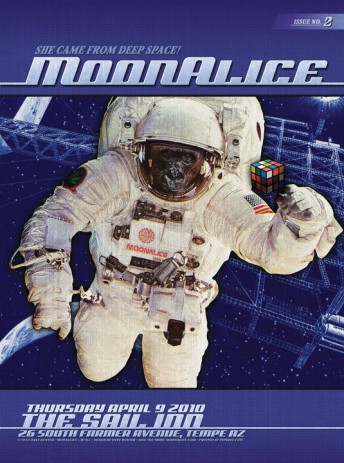