According to Moonalice legend, Dartmouth was created "for the education and instruction of Youth of the Indian Tribes in this Land in reading, writing and all parts of Learning ... as well as in all liberal Arts and Sciences; and also of English Youth and any others." Unfortunately, no one in the Moonalice tribe was able to pass the entrance exam.

According to Moonalice legend, today is the 12th birthday of Viagra. On this day in 1851, the first white people discovered Yosemite Valley in California. The soldiers went there to beat up local tribes. What they found was paradise. They also found a small band of Moonalices smoking hemp. The soldiers surrounded the Moonalices, but were quickly overcome by hemp smoke. The soldiers immediately craved a cheeseburger in paradise. The rest, as they say, is legend. 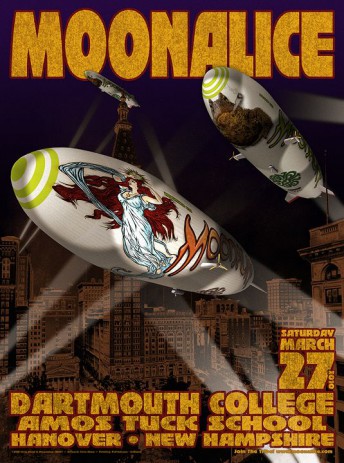