According to Moonalice legend, Allston has never been an independent political jurisdiction. It has always been enslaved by Brighton. We feel your pain. Our tribe has had the same problem. There is not one mention of the Moonalice tribe in any history book. Is that ridiculous or what? We have been here since the beginning of time. If it weren't for the legend, no one would know about the tribe.

According to Moonalice legend, Boston was founded in 1830 by a bunch of Pilgrims. History says they were looking for religious freedom. It makes them out to be a bunch of stuffed shirts. But did you ever wonder how they came to share a thanksgiving meal in harmony with the local tribes? Hemp. In those days, being a Puritan meant all kinds of things, but nobody had a problem with smoking hemp. It was yummy!

According to Moonalice legend, today is the first day of Root Canal Awareness week. Now that you are aware of Root Canal, you crave anesthetic. You have come to the right place. If you're not sure, talk to Big Steve. 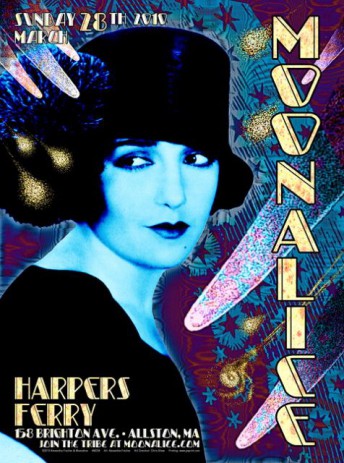