According to Moonalice legend, today is the vernal equinox. In ancient times, it was the traditional first day of planting for the hemp crop. As time went on, though, the notion of work lost its attraction. They were looking for an excuse to postpone the planting when someone pointed out that March 20 was actually a lousy day for planting because there were only 12 hours of daylight. So the tribe declared a High Holy Day and lit up a fat one. We recommend you do the same.

According to Moonalice legend, today is Snowman Burning Day. This tradition, which began in 1971 at Lake Superior State University in northern Michigan, is supposed to usher in spring through the brutal incineration of a harmless snow creature. The tribe does its best to be open minded, but we think that when you want to celebrate the coming of spring there are much better things to burn than snowmen. 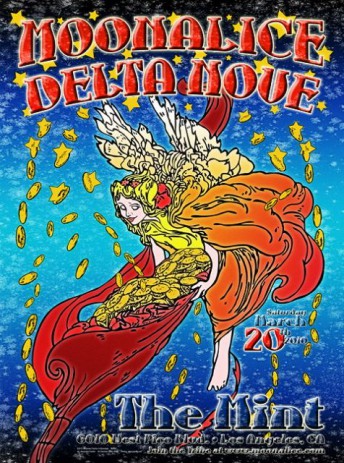