According to Moonalice legend, the band is staying down the street at the venerable Padre Hotel. First built in 1928, the Padre has recently been renovated. The renovation revealed something astonishing. The Padre was built on the site of an ancient Moonalice hotel called the Madre, which was THE place to stay in the central valley back in the days when this area was one giant hemp farm. The Madre was best known for its Really Happy Hour, which began at 4:20 every afternoon and lasted until 4:20 the following day. No wonder the Madre was so popular. Unfortunately, the endless Really Happy Hour took its toll on management, which got so buzzed they forgot to charge guests for their rooms. Before long the Madre went broke.

According to Moonalice legend, today is the 67th anniversary of the day that Swiss chemist Dr. Albert Hoffman discovered the effects of LSD. He had synthesized it many years earlier, but never experimented. That first time was an accident - the good doctor dosed himself! - but Hoffman saw that it was good. Doctor Hoffman's experiments demonstrated that LSD had interesting benefits with few side effects. One of the interesting benefits was that Doctor Hoffman lived to be 102 years old. 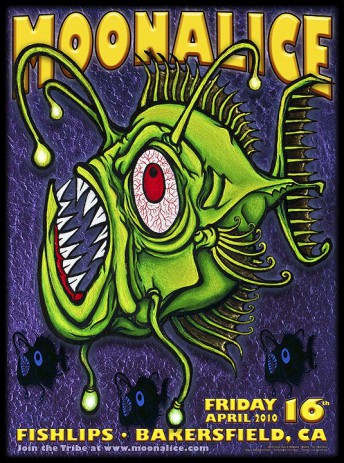